Why is Used iPhone Sales Increasing in the Market? | Mobile Campus

Why is Used iPhone Sales Increasing in the Market?

No doubt, Apple has established the highest standard in the world. It’s all components and their assembly phenomenon is very efficient that results in a good quality product. Apple is following enough steps to make a product long lasting. Moreover, Apple accomplished 6 years of support to iPhones that are far longer than Google support. This support makes iPhone usage safe and long lasting for 6 years.

Mobile campus workers observe and identify that long run support by Apple makes the iPhone resale value better than other popular company mobile phones. iPhone 7 lost 34% of its value after one month of usage, but it is less than other smartphone value drops. As Samsung Galaxy s7 lost its half value in its first month.

• The overall Apple features are good and launched in a polished way. All the services like iMessage and Facetime are so simple and impressive. Moreover, Apple offers free iOS updates for 5 years.

• Apple phones are restricted, and it does not allow third-party applications to install on devices. So, we can say that Apple supported smartphones are more secure and they do not get any virus, malware, or spy.

• iPhone might be hated due to over-hype and over-priced. But on the other hand, Apple always keeps iPhone devices safe. It is more secure than Android Phones

• The quality of the application on the Apple App Store is very effective. Apple is best in terms of user experience – has a record of used applications from all stores.

• IPhone has been achieving fine records with a dual core processor and 2GB RAM. On the other hand, android would need an octa core processor with 4GB RAM to get such achievements.

• No doubt, the build quality of the iPhone is very good. It has been dedicated to the huge man’s thoughts and struggle.

• The iPhone cameras are very good. Apple is introducing astonishing cameras with each new smartphone launch.

On the other hand, Google offers:

• Although, Android is an open source software. Google demands 1 million Dollars per update per model of smartphone. Some formal, authorized upgrades are good and secure.

• Some of the companies offer few updates after 6 months which are almost unprotected against viruses. Android updates are to be sent on Google Play Store frequently and universally, which creates just a mess with no security and authority.

• 200 Million Users got critical viruses from the Google Play Store during Application download. Any software issue can be created in the phone just because of a newly installed application.

These all security and support consults make the iPhone value higher than Android Phones. And its resale value is also maintained due to its durability, security and performance. Moreover, Apple supports the iPhone for a longer time period.

Why is the iPhone so expensive?

Mobile Campus experts are working in the market and they admit that Apple spends lots of money for advertisement purposes. It is a fact that allows Apple to charge more cost. Apple’s reputation is highest in the mobile market. It is a well known brand in the world. Its products are quality products that allow them to charge an extra amount. Apple provides more storage than Android phones, which increases its cost more.  Hence, Apple products are more expensive than other mobile phone companies.

As per all the above discussion and observation regarding the iPhone and Android phones, if you are looking to buy an iPhone. Mobile Campus would suggest buying a new generation iPhone.  Irrespective of all the best features and quality, I think that the real cost of a new iPhone is much higher, it should be 75% of the original price. Hence, it is recommended you to go for an old generation iPhone, it will not only save your money. Moreover, you will get your ideal smartphone too. 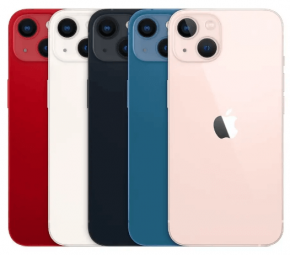 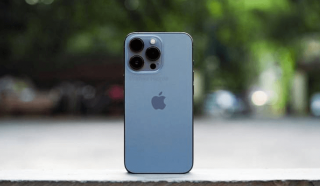